Every day there are issues that top our headlines followed by articles that attempt to flesh out the issue and explore all angles but which inevitably leave out discussion about the real solution – the Constitution.  The Iran Nuclear Deal is no different.

The Iran Nuclear Deal is a treaty – a formal agreement between nations – and accordingly must abide by the Article II, Section 2, Clause 2 provision of the Constitution which states:

“[The President] shall have power, by and with the advice and consent of the Senate, to make treaties, provided two thirds of the Senators present concur.”

Pretty straight forward.  Pretty clear.  2/3 of Senators must concur in order to ratify a treaty.  So, why did the Iran Nuclear Deal get approved by our Executive Department prior to ratification by the Senate?  And, why, when the deal finally came before the Republican-held Senate, did the rules all of a sudden change from needing 2/3 to approve the deal to needing 2/3 to deny the deal (effectively making it so that only 1/3 + 1 were needed to approve the deal)?  That’s a question for the President and for Republican leadership (and for any Republican Senator who didn’t fight their party leadership).  But I can tell you the answer is not because of an archaic Constitution that is out of touch with modern-day America.  If the Constitution had been followed, the Iran Deal (and so many, many more wrong programs, treaties, agencies, etc) would not exist. 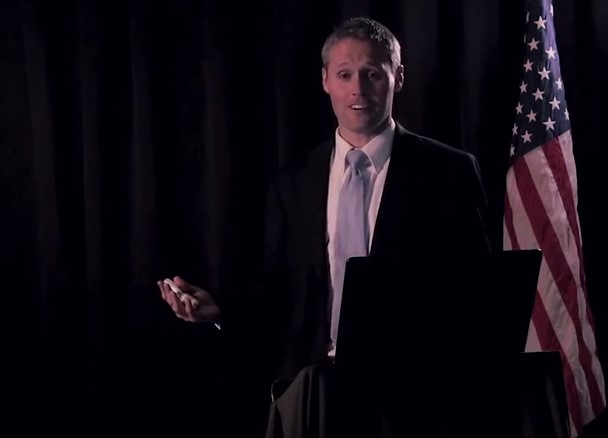 Click HERE to view Scene 4.5 (Treaty Law) from “Power in the Constitution”

The Iran Nuclear Deal is another modern-day example of how what is “In the Constitution” needs to get in to our minds and into our hearts.  If we don’t know these principles, how can we expect our elected representatives (who are a reflection of us) to know them?  And, how can we make it in politicians’ best interest to take a stand for such principles or to face the consequence of being voted out of office by an informed electorate if we are not, indeed, an informed electorate who knows and loves the principles of freedom found “In the Constitution”?

Please forward this on to friends who need to know why what’s “In the Constitution” matters!

“Learn What’s In the Constitution Like You Never Have Before!”