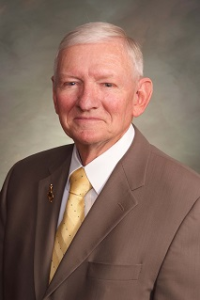 The Wyoming Legislature is about ready to start its 20-day budget session. The budget session has always been a disappointment for me. The reasons are time and money. Only one day is used to explain the approximately $3 billion that is proposed to be spent by the governor first then JAC. The requests that do detail the budget proposals come in thousands of pages of agency requests. It is more than can be understood without questioning many of the requests. Legislative leadership always says we can ask questions as long as we want. But we are given one day to ask questions, but by 7:00 p.m., after 8+ hours of debate, it is more than one can absorb. After we adjourn, some legislators still have committee meetings to attend, along with agency heads, staff and members of the public who have been patiently waiting. Is one day enough time to really understand all the funding needs of all agencies, cities and counties, education, etc.? Is it fair to citizens who are trying to follow the budget discussion?

I and others have asked that we be given two or three days to examine and understand the budget. We are always turned down. I have submitted a bill that hopefully will require us to spend most of the 20 days examining and discussing the $3 billion in spending for the next two years. I don’t think it will get a real chance of a fair discussion, but at least it calls attention to the fact legislators need more time to make real informed decisions. Along this line, I would hope all legislators would consider bringing no bills, or just one or two, because this is a budget session. Many committee bills will also be brought up.

The state of Wyoming enters this budget session with reduced revenues because of lower energy revenues of about a $400 million shortfall. What disturbs me the most is that everyone in the state knew this was coming. Just last year the majority of the Legislature passed a $300 million supplemental budget bill in the 2015 session with spending that was hoped would be covered with investment income. There were items in that budget that were more about wants than needs. We spent too much.

Remember, Wyoming has the largest state government per capita in the nation. Have the governor’s office and all agencies, UW and community colleges each made a list of priorities from highest to lowest that all can see and evaluate? I did ask one agency for such a list and its leaders said everything they do is a priority. Should all agencies cut back with reduced revenues?

The governor wisely asked for no new hiring and to reduce spending and programs where possible. Has that happened to a degree that would make a big difference? I haven’t heard of many significant cuts but have heard of a lot of request for more money.

Another question concerns the capitol renovation, restoration and repairs. The cost estimates have grown from $50 million to over $300 million with lots of unanswered questions. This capitol renovation has turned into the remodeling of many building around Cheyenne, including the Jonah Building we have rented and remodeled for the Legislature to meet in. The building also houses private companies and citizen participation, protests and displays will be limited so we can be a good neighbor to Allstate, Social Security and the other tenants of the building. Many feel that with reduced revenues we should only repair, restore and renovate the capitol building only. Do one project before we start another.

I have continually said we need to run government like a business and like Wyoming families do. When income is short, spending is cut back. This is what government needs to do, at least to some extent. How are we funding this coming budget, by cutting spending? Nope, we take from our reserves. I don’t mind taking some from reserves for real priorities (needs not wants). But the compromise should be equal cuts in spending for government activities that agencies can get along without. We should stick to this proposal.

Another concern is the amount of federal money we are receiving. Wyoming has become a welfare recipient in trade for regulations and reports necessary to receive the money. In the last three biennium’s, Wyoming has received federal funding totaling about $1.75 billion. And we need to remember the federal government is not financially well off. In fact, we all know the feds, and therefore Americans, are $19 trillion in debt. So where does the federal money come from? How stable are our American dollars? Wyoming needs not add to the nation’s financial problems. The Legislature should not think that federal dollars are free money.

In conclusion, I will go to Cheyenne with trepidation, but hope that the work legislators do will serve Wyoming. I do need to hear thoughts, concerns, and how you feel about the budget and bills we will work on.

We legislators and the elected officials hope you will participate in this great process.