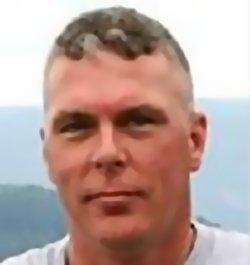 “You never want a serious crisis to go to waste… It’s an opportunity to do things that you think you could not do before.” — Rahm Emanuel, “Wall Street Journal CEO Council meeting,” 2008

For those of you who’ve been keeping up on the election “protest” stories, it would be very difficult indeed to paint a more vividly appropriate picture of a society and culture — ours — more in the middle of experiencing its own disintegration.

And if you think that such a sweeping statement is a little too “alarmist” for your tastes, consider:

Or: “A chaotic scene unfolded Saturday night in downtown Portland, as a protest devolved into a riot, police said. Protesters blocked the streets, throwing bottles and other projectiles at officers and attacking a news crew.” (“Anti-Trump protest in Portland, Oregon, devolves into riot,” USA Today, Nov. 13.)

Or: “Liberal college students, devastated over the results of the election, have been begging their teachers to cancel classes and midterm exams — and one Yale professor happily obliged on Wednesday… The unnamed educator said he ultimately chose to give his economics class the option to skip their test so they could cope with the fact that Donald Trump is their new president-elect.” (“Yale professor lets student skip tests in wake of Trump victory,” The New York Post, Nov. 9.)

Hmmm… I guess “democracy” is all great and everything… Until you lose. Then it’s time to destroy the system, wipe out the Electoral College, throw riots in the streets, abuse your children, stomp in people’s windshields and engage in other stupidities and mayhem.

As for the college whiners so distressed by our 2016 election results that they need “time off” from their studies — what they really need is a boot planted right up their butts, along with the admonition that it’s time to go out and get a job.

Meanwhile, the average Joe and Jane on the streets (you know, the ones actually paying for all this nonsense), who’re just trying to put food on their tables  and feed their families, observe these performances and wonder: Where is this thuggery coming from?

Specifically, Dear Joe and Jane, it is coming from schools such as the one quoted above; more generally, from the entire educational establishment; and, more generally than that, from the prevailing ideas of philosophy.

And that’s a surprise? What else could you have possibly thought you were going to unleash upon society after nearly a century of teaching these brats that ideas don’t matter, that principles are irrelevant, there’s no value to values and that rights and ethics are “situational”?

There’s simply no way our children’s’ minds could repeatedly absorb such declarations without suffering profound psychological consequences — and now, in the streets of dozens of cities around the country, you are seeing those consequences in action.

The moral and cultural abyss into which we’ve dumped our kids — our so-called “system of education” — is now on display for all the planet to see. And that these “idealists,” these so-called agents of “tolerance,” “love” and “brotherhood,” are now out agitating, torching, destroying, plundering, thieving and shooting, is a spectacle that needs no further consideration.

Except, that is, to look at the more concrete causes. Intellectually, these “protests” are firmly rooted in the same kind of “philosophical” garbage that led to “Occupy Wall Street” and “Black Lives Matter.”

Economically, however, it’s being funded and organized by the Hard Left, who have always been interested in such methods of agitprop as a means of introducing even more chaos and destabilization into the social equations. And these pliable students, with their soft little eggshell minds, are little more than “useful idiots” adopting the drumbeat of the cadre.

No, these “rebels” aren’t rebels at all; they are the walking epitome of what we’ve been teaching them for decades; they are truly our educational, cultural and intellectual chickens coming home to roost.

And that, Dear Reader, is the true threat we face. Not the actual damage from the street riots, but the fact that organizations are now in place to actually manufacture these incidents and idiots.

In that sense, the Hard Left has actually accomplished its mission: It has turned our entire nation into one big powder keg just looking to have its fuse lit.

And, with these kinds of ideas in play, finding the needed fuse-lighters is as simple as taking out a Craig’s List ad. Another “crisis” not gone to waste.

Bradley Harrington is a computer technician and a writer who lives in Cheyenne. Email:  bradhgt1776@gmail.com.