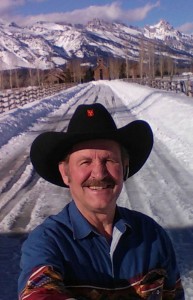 When I was a kid, we were so poor that sometimes for Sunday dinner we would have Sage Grouse Shadow soup. Some neighbor had killed a sage grouse, but before cooking would loan it to us. We hung the grouse above boiling water so its shadow was in the pot. We would boil it, then return the grouse to its owner. The soup was delicious.

There is a big controversy going on right now about Greater Sage Grouse management. Some want to list them as a threatened species, ostensibly because rural development and oil and gas drilling is destroying their habitat. Recently Governor Mead wrote an article for publication which says Wyoming sage grouse are in good condition, are fairly numerous, and certainly not in need of ESA listing as ‘threatened’. If listed, many multiple-use restrictions will be imposed on our public lands. This will impact off-roading, hunting, camping, trail riding, agriculture uses, and your right to clear that sagebrush off your vacant lot.

A few years ago there was a huge uproar because a Jackson Hole Airport employee mistakenly mowed a strip of sagebrush around the perimeter of the airport fence. Judging from the outcry you would have thought the “loss” of that thirteen acres was the death knell for myriads of strutting cocks trying to impress the hens. “Whatever are the poor grouse going to do without those precious 13 acres?” some lamented. My common-sense comment at the time was that those grouse will enjoy having a little more clear space in which to strut and the hens will nest on the other umpteen-million acres of sage.

Like our Shadow Soup there is a shadow issue here; there is no meat in the ‘habitat preservation’ pot. You can talk about habitat all you want and you can have millions of acres of prime sagebrush habitat for the Greater Sage Grouse, but the single most depressing factor in the numbers of prairie chickens is predation.

Research conducted by Idaho State University, the Nevada Department of Wildlife, and the USGS proved that predators are the number one limiting factor for sage grouse numbers. Micro-cameras were installed on numerous sage grouse nests to view what happened to them. 81% of the nests were destroyed by predation. More than 50% of the predation was from ravens. Badgers and coyotes were the other main culprits, followed by bobcats, crows, magpies, foxes, and weasels. After the chicks leave the surviving nests, hawks are also major predators, along with the foregoing.

According to the study, the increase in the numbers of federally protected ravens directly corresponds to the decline in Greater Sage Grouse numbers. A chart in the study shows a direct inverse relationship; more ravens equals fewer grouse. In some areas there are as many as fifteen times more ravens now than twenty years ago. On a recent elk hunt I counted 46 ravens on a gut pile. Ravens are wrongfully protected under the Migratory Bird Treaty. They are not migratory but are here year round. The Wyoming Game and Fish Department should adopt an open season on ravens/crows from November 1 through March 31. This will reduce the numbers of these non-migratory sage grouse predators and thereby increase the numbers of Greater Sage Grouse. Coyotes are very hard on grouse populations, too. In the winter a sage hen will dig a shelter in the snow. A coyote smells her in her hiding place, digs her out, and has a great lunch. Cowboy common sense says only by reducing predator numbers can we improve the numbers of prairie chickens.

Predation also affects other species. The peak populations of other wildlife, such as mule deer, was in the 50s and 60s, and in the early 70s. At that time predators—including bears, mountain lions, coyotes, badgers, ravens, hawks, and eagles—were not protected. Bounties were paid on some of those species. “Coyote-getters” using 1080 poison were common to reduce coyote numbers. The fur industry was booming and many trappers were after coyote, fox, and bobcat furs. That “war on predators” was a boon to other wildlife. In the early 70s poison was outlawed and the fur trade died. The result has been an upward spike in predators and a downward spiral in prey animals.

The Summer 2012 edition of Range Magazine has an extensive analysis of the sage grouse problem, entitled “Special Report: Sage Grouse, Son of Spotted Owl”. Do a simple web search. It is well worth reading. You may be surprised by some of their conclusions.

The huge increasing numbers of predators are devastating wildlife. The resulting imbalance is why prey populations are in trouble. What do you want to see on the lands near your home; thousands of Ravens? or sage grouse? You can’t have it both ways. Same thing with wolves and their prey. Do you want to see numerous elk and moose? Or a rare sighting of a wolf?

I suggest we quit ‘grousing’ about the problem and start by doing something that would have real results. We must reduce the numbers of predators, starting with ravens. Habitat protection and improvement will not help grouse eggs and chicks which are being destroyed by ravens and other predators.