The winners of the Joseph Goebbels Award for Excellence in Propaganda Based Journalism are:

The Casper [Red] Star Tribune, Wyoming’s only Statewide Newspaper. For their tireless effort to smear Conservative Candidates across Wyoming while going out of their way to help, support, and endorse the most liberal candidates in Wyoming. And for printing transcripts as truth, when there is no audio or video to back it up. 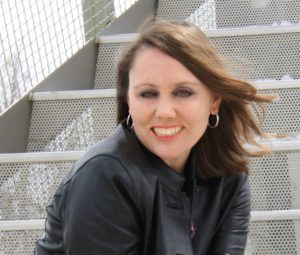 Laura Hancock, political “reporter” for the Casper [Red] Star Tribune, for her dedication to remaining biased at all times, for her manipulation of the truth, and steadfastness and commitment to doing her best to destroy conservative candidates while making liberal candidates out to be victims.

Laura Hancock is also the recipient of the Joseph Goebbels Looking Glass Award, whenever she stares into it, Joseph Goebles lovingly, and proudly gazes back.

Kerry Drake, Wyo File, for his blatant manipulation of quotes, and special ability to provide a transcript of an interview without having any audio.

And, there is a special award: The Benedict Arnold Turncoat of the Year Award: and the winner is…. Bonnie Foster, Chairwoman of the Natrona County GOP, for her role in doing everything in her power to sabotage conservative Republican candidates, and costing Republicans 1 seat in the State House of Representatives. Bonnie recruited liberal candidates (including a former Democrat) to run against conservatives in the Republican Primary. And she must get proper credit, for making sure conservative candidates who survived her primary assault, were denied money from the county party. She even went so far as to suggest the state party didn’t give at least one conservative candidate money, but that was a failed attempt, all though she put in an outstanding effort.

Congratulations, to our Joseph Goebbels Award for Excellence in Propaganda Based Journalism and Benedict Arnold Turncoat of the Year Award recipients! You earned it!

This article is satire at its finest.