A “LIE” is halfway ’round the world before the “TRUTH” gets its pants on!

A recent letter to the editor suggested that Dr. Taylor Haynes did not sign the petition to repeal SF104. This statement was made in spite of his campaigning for the referendum at his personal expense. A very good article in the Saratoga Sun was taken out of context in which Dr. Haynes was careful to focus the interview on the loss of the publics’ constitutional right to vote for the Superintendent of Public Instruction position with its full authority. Dr. Haynes was careful to avoid a debate on the merits of the bill which might have clouded the issue.

Dr. Haynes has obtained an affidavit with notarized signature from a person who witnessed his signing the signing the petition.

Affidavit would also be admissible in a Court-of-Law.

The Affidavit is below. 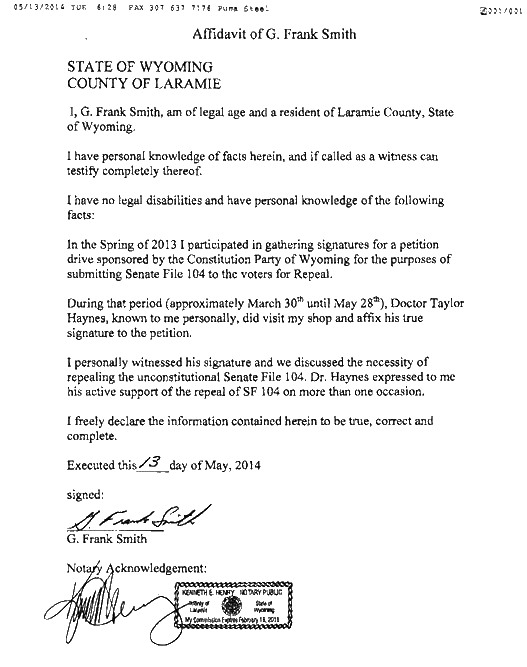