“Putting things in perspective: March 21st 2010 to October 1 2013 is 3 years, 6 months, 10 days. December 7, 1941 to May 8, 1945 is 3 years, 5 months, 1 day. What this means is that in the time we were attacked at Pearl Harbor to the day Germany surrendered is not enough time for this [Obama] progressive federal government to build a working webpage. Mobilization of millions, building tens of thousands of tanks, planes, jeeps, subs, cruisers, destroyers, torpedoes, millions upon millions of guns, bombs, ammo, etc. Turning the tide in North Africa, Invading Italy, D-Day, Battle of the Bulge, Race to Berlin – all while we were also fighting the Japanese in the Pacific!! And in that amount of time – this [Obama] administration can’t build a working webpage.” 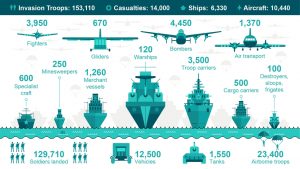