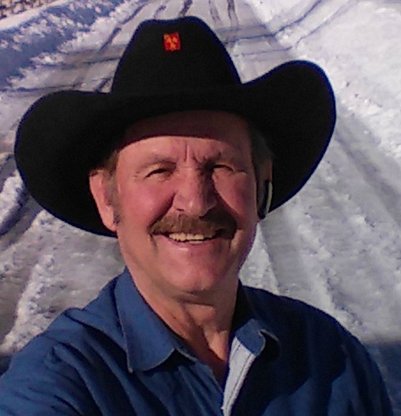 The Wyoming Commission on Judicial Conduct and Ethics has petitioned the Wyoming Supreme Court to remove Ruth Neely from her positions as Municipal Court Judge and Circuit Court Magistrate. She has served Sublette County Wyoming for 21 years with nary a complaint filed against her. Her crime? Expressing her religious belief.

In 2014 a federal district court legalized same-sex marriage in Wyoming. Ned Donovan, reporting for the Sublette Examiner at the time, phoned Neely and “asked if she was excited to be able to start performing same-sex marriages.” Judge Neely, distracted at the time and therefore not giving this deliberate “gotcha” question much thought, answered “that her religious belief that marriage is the union of one man and one woman precludes her from officiating at same-sex weddings.” Her answer ignited a firestorm accusing her of homophobia and refusing to obey the law. A recent news article said “she refuses to uphold her legal obligation to marry same-sex couples.” The Commission filing states Neely “refuses to follow the law.” The accusations are malicious and patently false.

The list of Wyoming officials who are authorized to perform a marriage does not include a municipal court judge, one of Neely’s titles. As a circuit court magistrate, Neely “may perform the ceremony of marriage”, not “shall”. She has no legal obligation. A magistrate may lawfully decline to solemnize a marriage for any reason including if the magistrate doesn’t know the couple, if it doesn’t fit her schedule, if it is inconvenient, or if she simply does not feel like it. No couple, straight or gay, can require a Circuit Court Magistrate to officiate at their marriage. This misinformation about the law and this anti-Christian smear should have cost the reporter his job instead of costing Neely her job. And the Commission is making a false allegation which ignores the written law.

The Wyoming Constitution Article 1 Section 18 prohibits the state from rendering a person “incompetent to hold any office of trust because of his opinion on any matter of religious belief whatever.” The US Constitution, First Amendment, guarantees freedom of religion. The US Supreme Court has ruled “punishing citizens for holding or expressing religious beliefs is never permissible.” [Lukumi, 508 US 1993] The Commission’s attorney called Neely’s belief about marriage “repugnant” and said “a person with that kind of religious conviction cannot remain in office.” Such arguments to the court violate both Constitutions. The Commission and their attorney should go back to law school or resign for making blatantly unlawful arguments and accusations. Reporters should know the law before writing scathing rebukes. Commissioners should stand for the law, not political correctness. Instead, the Commission shamefully cowered in fear from the media and instigated the action to remove Judge Neely. To save face the Commission proposed a ridiculous settlement requiring Ruth Neely “publicly admit wrongdoing, forfeit both of her judicial positions, and agree to never again seek judicial office in Wyoming.”

This is truly a witch hunt; “Recant, or we will burn you at the stake!” The Inquisition is alive and well in Wyoming.

This case is very disturbing because it threatens any judge or official who expresses an opinion about controversial topics such as same-sex marriage, abortion, global warming, gun ownership, or transgender bathrooms. The reporter, the media, the Commission, and those who support this action are acting as the thought police. They want to destroy those who hold a differing opinion. This is intended to be a warning to those who disagree with the politically correct agenda.

Neely has not, in any way shape or form, previously been accused of discriminating against anyone because of sexual orientation. Sharon Stevens and Kathryn Anderson of the Pinedale LGBT community said in respective affidavits of support, “Ruth Neely is one of the best people I’ve ever met.” “It would be obscene and offensive to discipline Judge Neely for her statement about her religious beliefs regarding marriage.” Superbly expressed by Kathryn, who could choose to play the victim.

Ruth Neely, as a practicing Lutheran, has a deeply-held belief that marriage is between one man and one woman.

This cowboy believes the same.

However, I will accept the choice of a same-sex couple if it makes them happy to have a ceremony performed which they call marriage. I might even attend but don’t ask me to officiate. I believe in free agency.

Judge Neely, and this cowboy, have the right to celebrate the marriage or choose to not participate. The problem in this instance is that the dishonest media shoves it down our throats to destroy Judge Neely’s public service career because her Christian belief is contrary to political correctness.

Any adult in Wyoming can be deputized to perform a marriage, therefore a same-sex couple can have a friend officiate. They don’t need Magistrate Neely. Neely has never been asked by a gay couple to perform their wedding. A marriage is a personal special event. No sincere same-sex couple would insist on an officiator who doesn’t share their belief about marriage.

It is unbecoming either side of any controversy to force someone to do something against their principles. Cowboy Common Sense argues that those who support the media’s and the Commission’s attempt to silence free speech and suppress Neely’s freedom of religion are the real bigots.

“Life is always better when viewed from between the ears of a horse.”